If there’s one thing we like to give you at Babble, it’s fresh talent, and we’re thrilled to introduce you to the two newest additions to the Babble voice roster: Chris Ashman and Stevie Basaula! 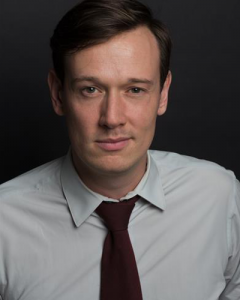 Native northerner Chris recently returned to the UK after an extended stint in the US, where he appeared in productions including Lucifer, Betrayed and the lead in feature The Ambassador. You can also catch him in upcoming feature film Now Is Everything alongside Sir Anthony Hopkins, or if you can’t wait, watch him now in Elizabeth Blue, currently streaming on Amazon Prime.

Chris hails from Stoke but has a neutral voice with that can ramp up or tone down the northern as necessary. Voice work includes several gaming titles such as Call of Duty: Black Ops 4 and Resident Evil VII – Biohazard and you can listen to his fantastic new commercial reel here. His voice is warm and friendly, with a smiley twinkle, and his RP/neutral is strong. He’s also voice several audiobooks so knows his way around a long-form read.

All those years in the states means Chris’ US accent is as native, and he can switch between the two with ease, as demonstrated in this great film for Belvita, which also shows off his comedy chops. 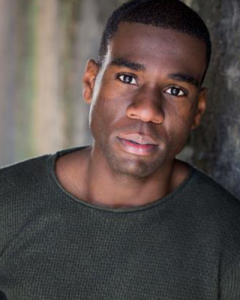 Stevie comes to us straight from the RSC, where he appeared alongside Christopher Ecclestone in Macbeth, as well as touring in Romeo and Juliet and the Merry Wives of Windsor.

However he doesn’t come from the traditional drama school path and came to acting from the Intermission Theatre Group, who work to give young people a more accessible route into the acting industry. This gave Stevie his first taste of touring Shakespeare to schools around London and the UK. Screen work includes the feature film Zero for Dark PIctures/BBC Films, and shorts The Importance of Skin and Messiah and other stage work includes productions at the Young Vic and the Tricycle Theatre.

With a warm and likeable urban tone,  Stevie’s natural London accent is fresh and engaging, and we can’t wait to work with such an exciting new talent: we think he’s fantastic and know you will too! Don’t just take our word for it – have a listen to his reel.

To book Chris, Stevie or any one of our fantastic voice artists, give us a call or head to the contact page and drop us a line. We can’t wait to talk to you.

We love voices and we love what we do. Since we opened our doors in 2007, bringing fresh talent to an ever-expanding industry, we’ve supplied voiceover artists to clients  across the world, on commercials, animation, video games… you name it, one of our VOs has done it. Why should you choose us? With over 30 years experience across the commercial and production industry, we’d like to think we know our stuff, and will use that knowledge to make your life easier. We listen to your casting, production and budgetary needs and supply you with the best voice for the job. Babble – top talent, sounding great.