December 17, 2020 / Phil Seys / Comments Off on A last minute Xmas gift – how to find our Artists over the holidays

OK – I know, I’ve shoehorned in a Christmas reference because of the time of year – I apologise

If you want to avoid the repeats on the TV – of which there are probably going to be more of this year than before (there has been this nasty bug going around which has put a bit of kibosh on the production of quality new material – you may be aware of it) – why not go for an audiobook to listen to whilst Uncle Derek is tucking into the family port? Both of these listens will also be perfect for all the family

Eleven-year-old Eric spends his days at the place that makes him most happy: London Zoo. And there’s one animal in particular he loves: Gertrude the gorilla. 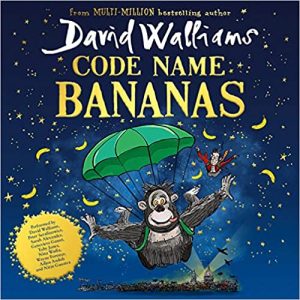 With bombs falling all over London, Eric must rescue Gertrude.

Together with his uncle Sid, a keeper at the zoo, th

e three go on the run. But while hiding out at the seaside they uncover a top-secret Nazi plot….

Join David Walliams on this action-packed, laugh-out-loud adventure for all the family!

The Zumbies are on the rampage – members of the Cherry Tree Lane Zumba class are apparently dying and then mysteriously coming back to life!

d Dave have to put a stop to it before Alex’s mum and nan join the living Zumba dead, or there’ll be no family Christmas. But why are the Zumbies curiously drawn to the Christmas lights? What does the octopus sign mean? And who is the evil genius behind it all?

Iiiiif you can get hold of one, then on the PS5, Mark Holden can be found on Cyberpunk 2077, which stars Keanu Reeves and has been in development for 8 years! 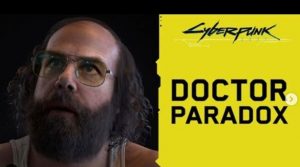 Mark plays Doctor Paradox – Cyberpunk 2077 is an open-world, action-adventure story set in Night City, a megalopolis obsessed with power, glamour and body modification. You play as V, a mercenary outlaw going after a one-of-a-kind implant that is the key to immortality.

And then – we have a swathe of our guys and girls in the newest incarnation of Assassins Creed Valhalla – Players must carve out a new future for their clan, reliving the ruthless fighting style of Viking warriors with a revamped combat system that includes the ability to dual-wield weapons against a greater variety of enemies than ever before. You will hear Kaisa Hammarlund, Matt Barber, Cillian O’Dee and Fergal McElherron.

And – of course, if you in the need for a binge watch, then head over to Netflix. Shonda Rhimes, queen of behind-the-scenes, is joining forces with screen legend Julie Andrews for an exciting new project coming to Netflix on Christmas Day. Based on the historical romance novels by bestselling author Julia Quinn, Bridgerton will delve into the politics of a posh family in Regency-era London and Golda Rosheuvel stars

We love voices and we love what we do. Since we opened our doors in 2007, bringing fresh talent to an ever-expanding industry, we’ve supplied voiceover artists to clients  across the world, on commercials, animation, video games… you name it, one of our VOs has done it. Why should you choose us? With over 30 years experience across the commercial and production industry, we’d like to think we know our stuff, and will use that knowledge to make your life easier. We listen to your casting, production and budgetary needs and supply you with the best voice for the job. Babble – top talent, sounding great.